Tempio’s traditional suit was re-enact thanks to the testimonies left by travellers and tables made ​​from a Turin painter Agostino Verani, between the late eighteenth and early nineteenth century.

Today the suit is worn during special ceremonies or religious festivals like that of St. Isidoro which takes place the first Sunday of September.
The most well-known female suit of Tempio is black. It is from the second half of the nineteenth century and was worn to the official ceremonies by women belonging to the upper classes. It was made ​​with very fine fabrics, like silk or silk velvet, and is characterized by the presence of a second skirt called faldetta incupaltata that was upturned to cover the head. The face was framed by white lacy, covering  throat and chest, restrained by several filigree pins.

Over time this suit became characteristic of all women in Tempio.
We find as well the daily suit, red colored;

It consists of a skirt, a jacket and a green corset, from which you can glimpse the white shirt. On their heads they wore a white handkerchief, lu cenciu, which could be tied in different ways on a kind of cap called lu scuffiottu.
Compared to other Sardinian areas, Tempio’s women disliked to adorn themselves with jewelry and they wore only the brooch and earrings, called pindini or ricchiali.

The male dress was made ​​from camiscja (shirt) white linen with lace and embroidery on the neck, while his wrists were closed with gold and silver cufflinks; it puts on lu canscju (vest), that could be red for younger or black for adults. The pants are short and similar to a kilt called ragas, in black wool: over knickers on white canvas, long pants made ​​of linen visible below the knee, which are locked in dark gaiters. The suit is completed with lu gabbanu (coat), made of velvet and with various embroidery and also the berritta (black hat). 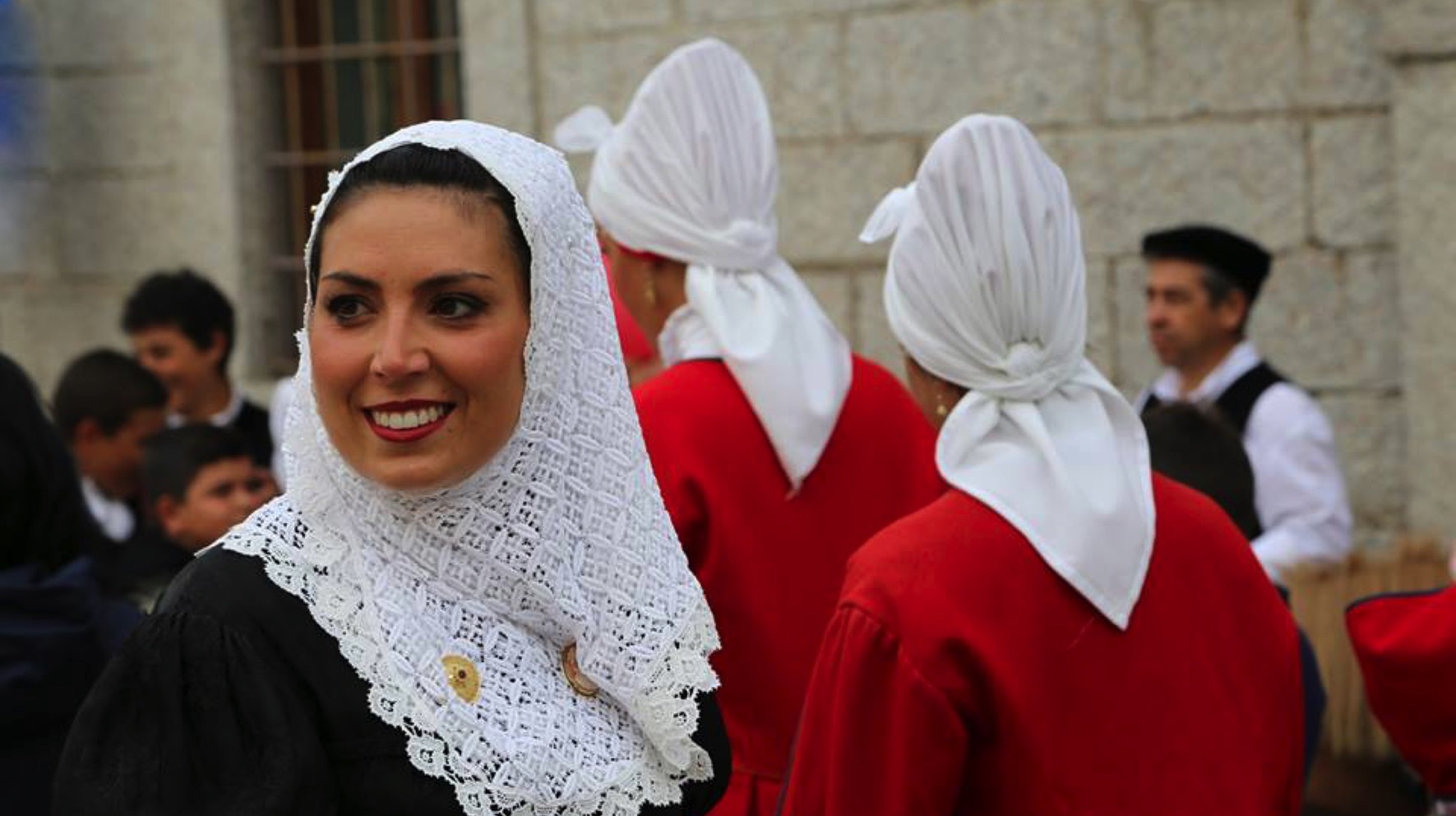