The town surrounding area is characterized by the presence of archaeological sites of great interest such as Nuraghi and Tombs of Giants,  that offers fascinating journey through history of our land. 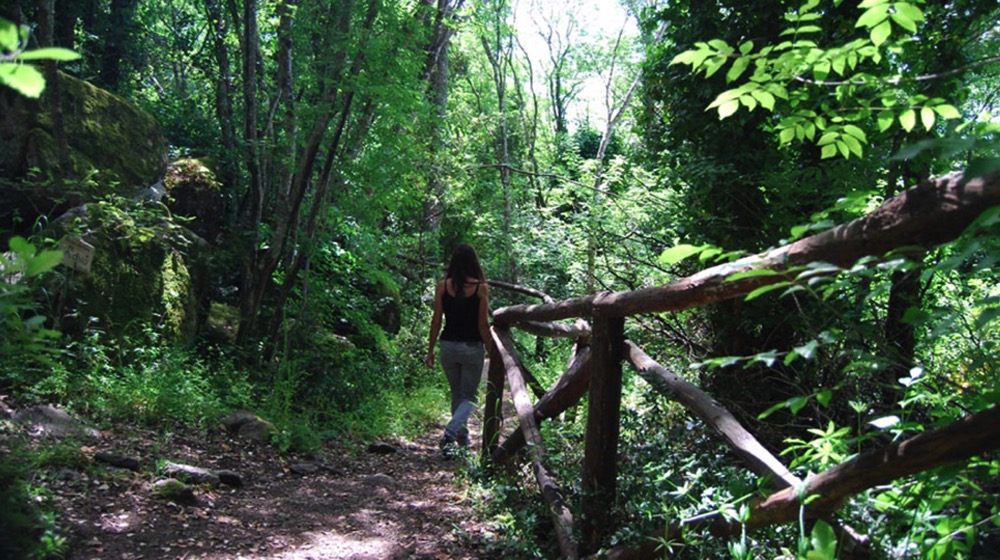 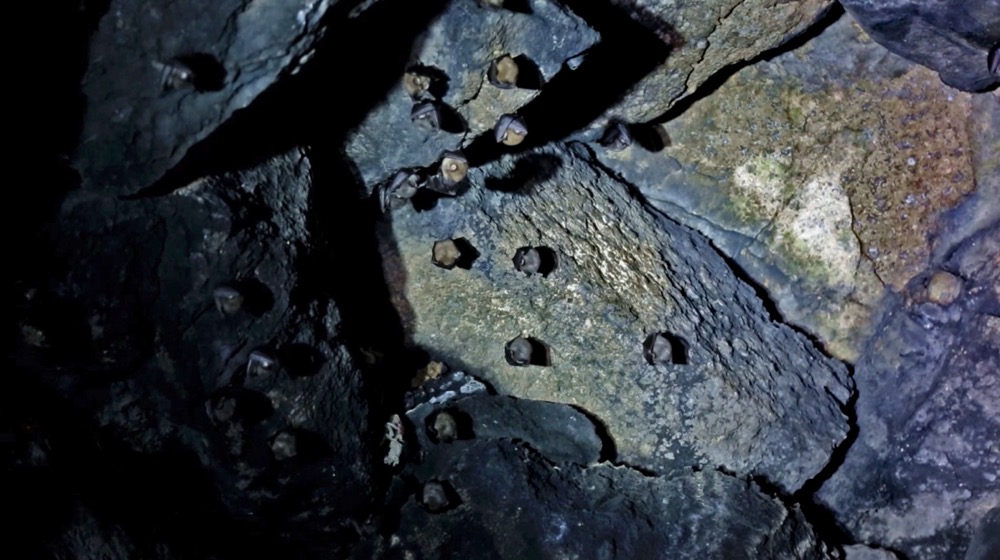 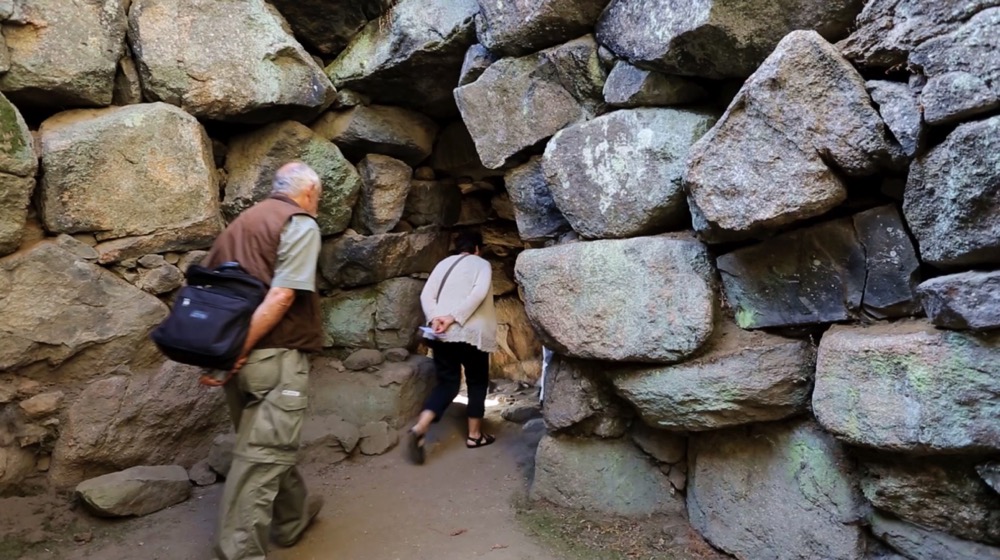 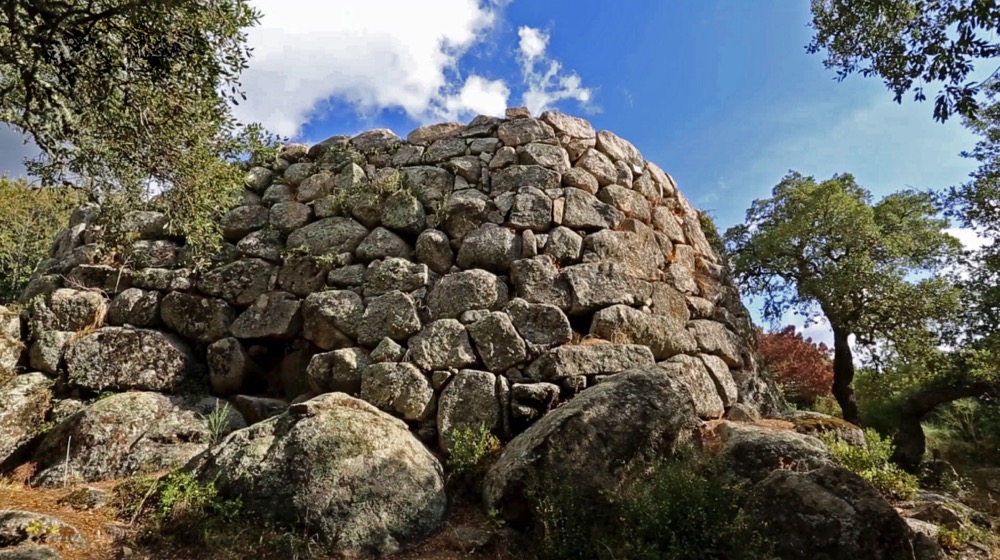 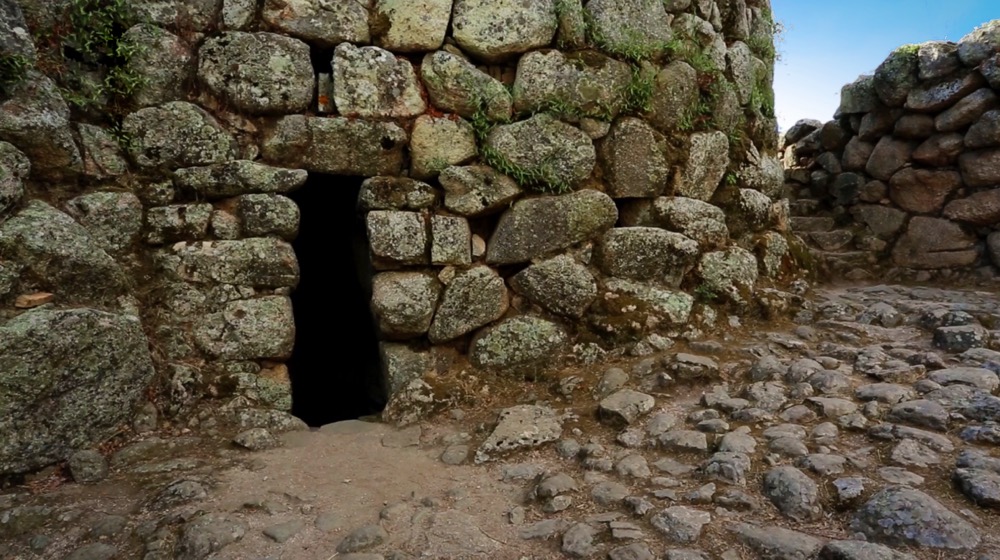 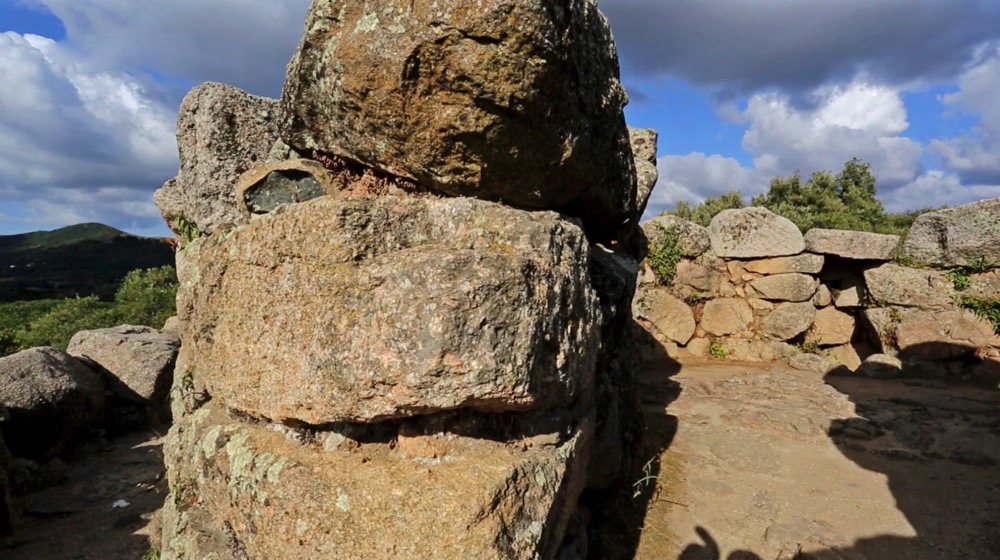 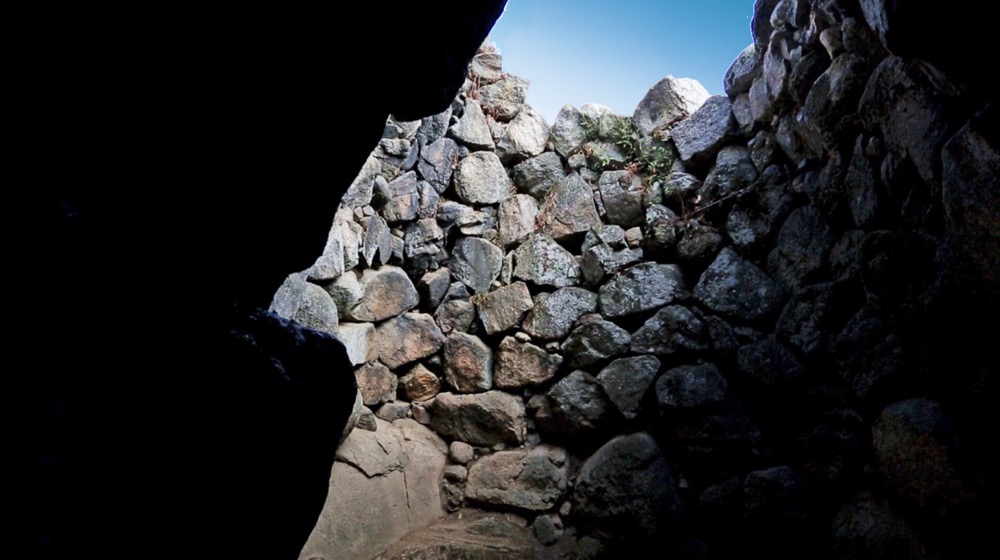 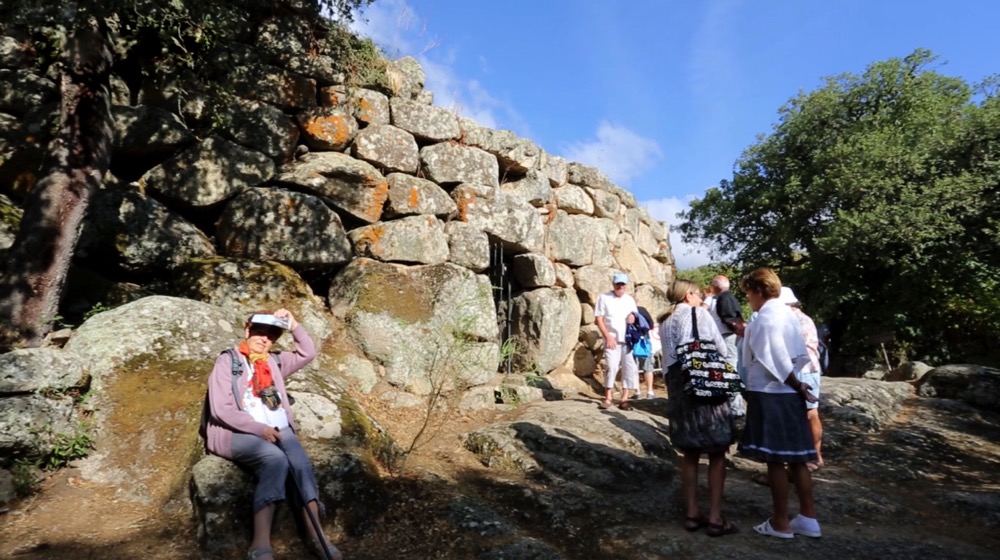 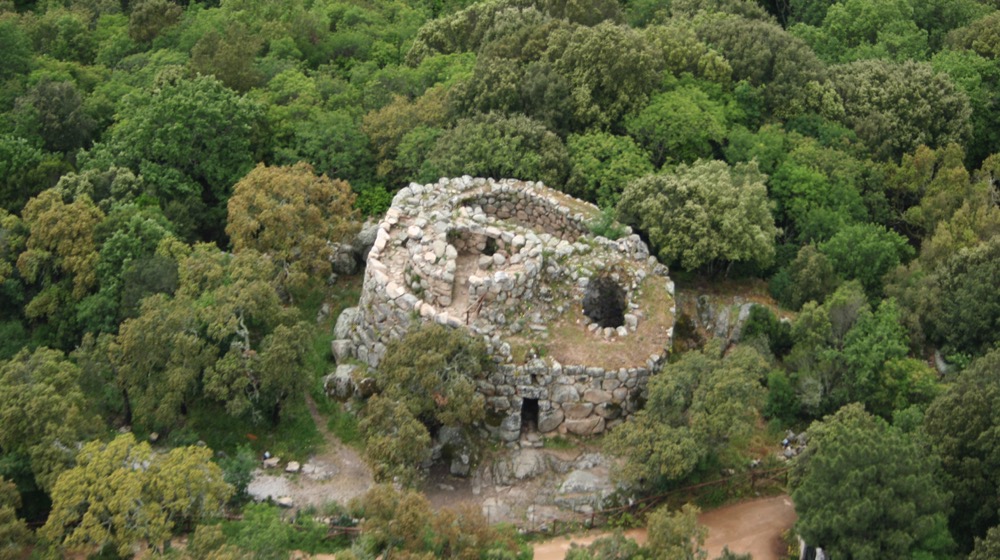 Nuraghe Majori is about two kilometers from Tempio, in località Conca Marina, close to a granite hill that is 498 meters above sea level, covered with a dense mixed wood of cork oak, holm oak, downy, ash and alder; The underbrush consists of mock privet, strawberry tree, heather and holly.

The location and the massive aspect are proof of the importance that Nuraghe Majori has played in the past, differing from other Nuraghi in the Gallura area. The monument is located in a strategic position to check all the surrounding area, together with many nuraghi arranged in the nearby hills. From Nuraghe Majori you can easily identify the Nuraghi Lu Polcu, Budas, Izzana, Naracheddu, Naraconi, Monti di Deu, Agnu and Bonvicinu.

Nuraghe Majori, single towered, was built entirely of granite. The monument, with sub-circular plant, is made ​​of large and medium size granite blocks, just blanks and worked better at the entrance; the latter is addressed at east-south-east, against the Mistral wind and to take advantage from the sunlight. The architectural structure reflects the characteristics of Corridor Nuraghe, in the shape, highly irregular, and especially for the presence of a corridor that cuts longitudinally the entire mass walls and, at the same time, there are features of tholos nuraghe (false dome) in the coverage of the two egg-shaped environments, opening on the right and left of the corridor.
The entrance leads to a central corridor, ogival covered, crossing longitudinally throughout the construction and which ultimately comes out on a large semi-circular courtyard; on the sides of the corridor there are two open spaces covered with a rudimentary tholos; inside a silo to store foodstuffs.

Between the wall and the South Tower it is wedged a staircase that allows access to the upper floor. The bulwark is reached via a staircase that starts from the courtyard, semicircular and bordered by a low wall, built using smaller stone blocks. Looking at the structure we assume the existence of another room, once located on top of the two oval rooms. This would justify the graphic reconstruction proposed by Lamarmora, where the dolmen appears dominated by two towers.

Excavation in the courtyard showed different stages of use, although it remains difficult to identify them. During the early Middle Ages it was used as housing by shepherds in the area, dedicated to breeding and agriculture. Some finds date back to the Roman Empire, as evidenced by a coin discovery, aged Antoninus Pio era, along with some fragments of amphora and sealed ceramic.
While they are more substantial materials related to the life stages of the monument in the nuragic era. Among the ceramic forms, appear especially pots and pans and a fragment of purified clay, decorated with vertical grooves. The discovery of some elements in crystals rock highlights links with other sites nuragic and the lithic industry of Corsica.

Directions: from Tempio take the SS 133 for Palau; at 1.5 km park your car in the parking lot which is located to the right hand of the road and walking on dirt road follow the directions. After few hundred meters you will reach a point of refreshment and the ticket office for the visit.
For reservations +39 3472995933 – info@galluraarcheologica.com 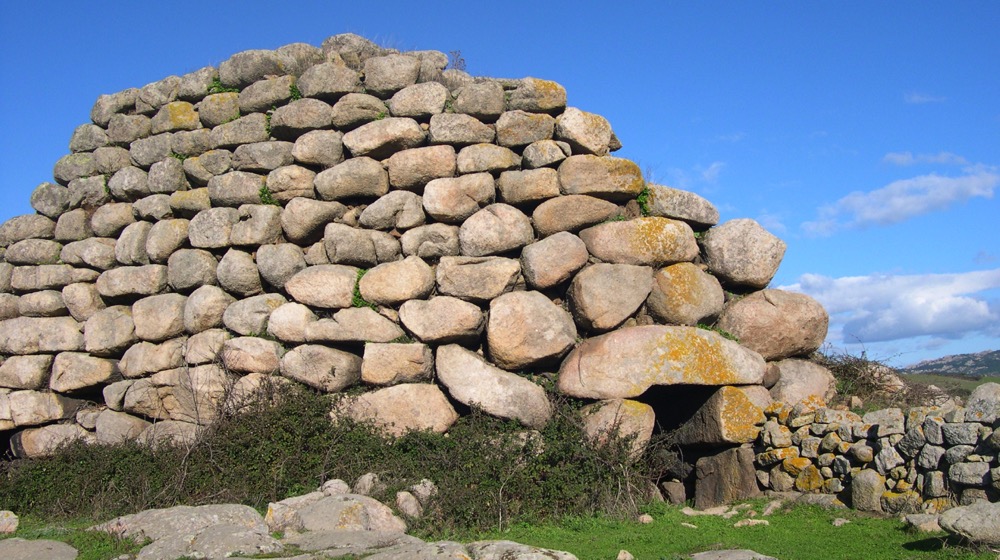 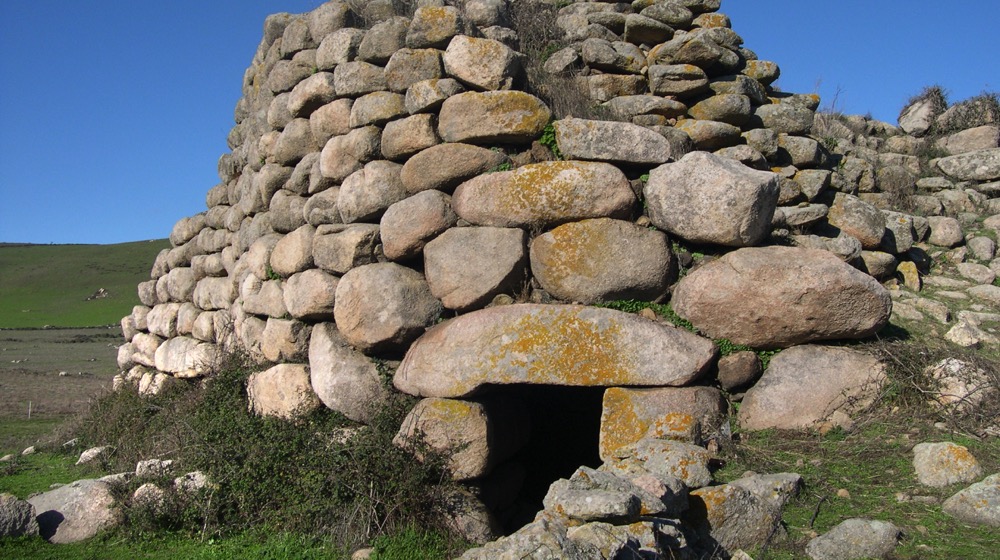 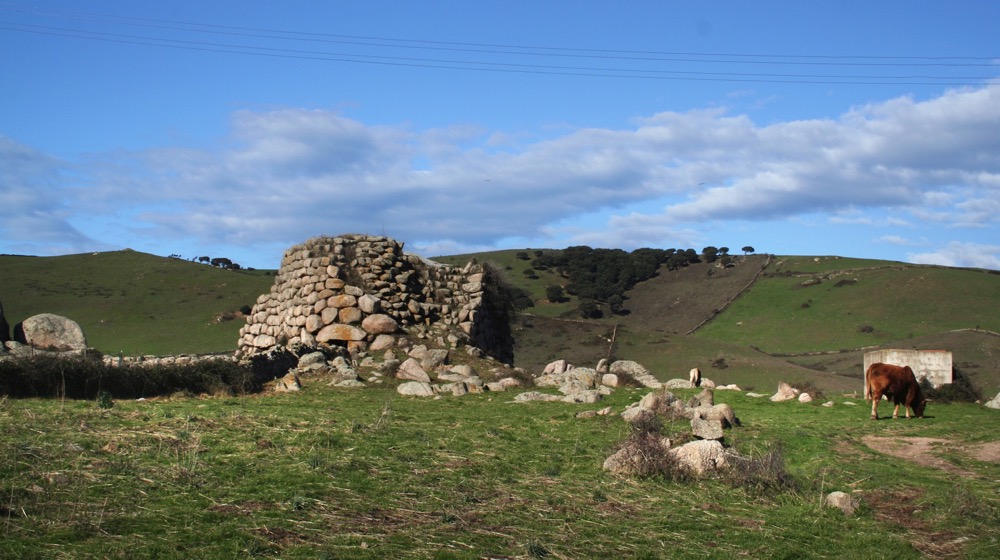 Nuraghe Izzana, probably the biggest Nuraghe of Gallura, is located in the suggestive Valle della Luna (Valley of the Moon). It is a very particular Nuraghe, that has both characteristics, of the most archaic corridor nuraghi as well as the common nuraghi tholos.

The plant has triangular oblong shape with rounded corners. The central tower room is covered by a tholos, still intact, while the side chambers, located at different heights from the ground, are a bit damaged, partially reached through a series of interior corridors, now partly collapsed, which revolved around the construction. From the chamber depart two corridors, one of which leads to 4 cells arranged symmetrically.

Another peculiarity of this Nuraghe is to be provided by different entrances, of which the main one leads to a corridor, is located in the south-west and is built with very well worked large stones, as whole the southern part of the dolmen. A second entrance is located instead in the south-eastern wall and a third still to the west-south-west.
The difference of the construction technique in various parts of the dolmen, as well as the uniqueness of the plant, may indicate that the building is the result of more constructive interventions, the most recent of which have modified and extended the existing structures. The dolmen is built entirely of granite and is in a good condition. From the top of Nuraghe you can see the beautiful view of the Valley of the Moon.
Getting there: The best way to get there, is from Tempio to Aggius. From the centre of Tempio, follow the main road towards West. After about 2 km, turn right following the direction to Aggius, about 4 kilometers faraway. Leaving Aggius, take the road to Trinita d’Agultu, (prov.74) road that you have to follow till the km. 2.2, here turn right into a dirt road, in the beginning of which is a sign for the dolmen. Go ahead for km.1,3 and turn right again, in a bumpy path indicated by a wooden sign; you have to continue for km.1,4. On the way there are two gates: the first one to open and to be closed, the second, usually open. The road in front of the nuraghe is located near some stables. Before entering into the dolmen, check for animals.