Tempio’s Carnival is an historic carnival, unique in Sardinia, repeatedly copied and cloned but unachievable in spirit, animation, involvement and showmanship. A massive event, eagerly awaited by the local population, a tradition which deeply rooted in a past, that has left deep traces in various documents, the oldest of which, back to the first half of the 800.

An extraordinarily important document that, as well as giving the news about the course of the masked balls, gives informations about the prestige of carnival and the popular involvement.

A ritual which, however, is not been the same through time but recurred on continuously, adapting to the evolution of the times that have grafted in the original substrate, a native mold and external contamination made it different from the prevailing island tradition. The final disappearance of the traditional carnival occurs in the second half of the twentieth century.

In the Sixties begins a real organizational revolution of communication and image, which in few years transformed a feast of ancient traditions, from simple folk festival in a real custom phenomenon, catapulting the name of the town beyond island borders. The author of the Revolution, Salvatore Muzzu, brings with him a breath of fresh air from other italian regions, thus beginning the new era of Tempio’s Carnival.

The surrealistic and fantastic spirit typical of this event, loved by adults and children, is embodied by masked parades, animated by gigantic and colorful papier-mâché floats, masterfully realized, parading along the carnival circuit, between two wings of cheering and enchanted crowd.

From the past remains the figure of the undisputed character of  Tempio’s Carnival: “Giorgio.” Once “Jolgliu Puntogliu” puppet stuffed with straw and inserted in a pole, but today “His Majesty King Giorgio”, huge figure on a throne, carried in triumph along the masked, represents the power in all its forms.

For six days, His Majesty King Giorgio is acclaimed, honored and flattered. Shrove Tuesday, when the day turns to dusk, the King, guilty of all, goes on trial. To him we complain its false promises, first among them, is that of the marriage to the commoner Mannena, whose figure parades close to Giorgio, tricked in the partying of Carnival, which got pregnant with what will be later the heir of Re Giorgio.

To him, we also complain misdeeds and failures of statesmen and strong powers, that Giorgio ends to represent and embody. Following the death sentence, the will reading, the fire on the public square and the farcical funeral in tears, tantrums and binge eating, thus repeating the ancient fire ritual that heralds the end of winter and the arrival of spring.

The King dies. However, he left an heir that will be King Giorgio for the next carnival. 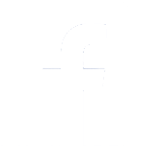